Home / Balsamic Titbits / Balsamic Vinegar of Modena: The importance of the consortium

Balsamic Vinegar of Modena: The importance of the consortium

The Consortium Producer of Balsamic Vinegar of Modena  was founded in 1979 based on the intuition of a group of producers, with a dual aim of carrying out an intense campaign to advertise and promote the product and gaining all the necessary legal recognition required to obtain the title and enable producers to market this special product.

Another association, borned in 2013 is the Consortium for protection of Balsamic Vinegar of Modena, which enjoys renewed vitality: all the forces involved, institutions, producers and associations have found the natural identity of their goals which are the defences of product quality, market promotion and the safeguard not only of the product but also of the whole cultural heritage and modenese traditions. Grape is indeed at the origin of balsamic vinegars, but is the wisdom of the Modenesi who creates unparalleled products. The Consortium of ABTM, assembling in its Council of Administration of the Forces of the Institutions, of the Associations of the Sector and Producers, has improved their valorisations and Potential, with strong commitment to improving services Associates and Product Promotion.

After various phases, these efforts were rewarded on 17th April 2000, when the European Union assigned the P.D.O. (Protected Designation of Origin) to the Traditional Balsamic Vinegar of Modena. The Consortium for protection of Balsamic Vinegar of Modena hired its Current form in 2013, although it since July 2009 the product has obtained by the European authorities under the name IGP.

The Consortiums also organizes events open to the public to present the product, its history and the work of the acetals where original Traditional balsamic vinegar P.D.O was born; Among the most important event there is Acetaie Aperte, which takes place at the end of September. 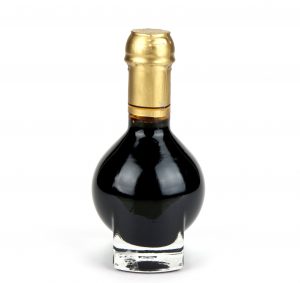 Previous Traditional Balsamic Vinegar of Modena DOP: where is its price coming from?
Next Organic balsamic vinegar, The truth about it