Different wooden barrels for the production of the Traditional Balsamic Vinegar

Do you know that the process of maturing and ageing of the vinegar develops in different moments and ways which require various wooden barrels differentiating in woods and dimensions?

Usually a battery of wooden barrels for the production of original Traditional Balsamic Vinegar of Modena is made of an odd number, between 5 and 9 barrels which vary in their capacity. Indeed, a traditional set of barrels goes from a capacity of 70 liters used at the beginning till a capacity of 10 liters for the final stage. During the process of the entire production, this set of barrels can consist of different woods. The traditional woods are oak, chestnut, cherry wood, mulberry and juniper. Each of them provides a specific feature to the vinegar.

First of all, the oak is the classic wood and very appreciated thanks to its aroma and its flavour of vanilla. Even though it is easy to work, it’s a hardwood which guarantee a long-lasting and stability over times. For these reasons, it is also possible that producers decide to have the whole battery made of oak .

Second of all, the chestnut is a well-known wood in the production of barrels. Since it is a widespread wood it is a cheaper one and it provides an easy processing.

Third of all, the cherry wood is particular and characteristic in its fruity aroma. As a matter of fact, it is a softwood which tends to vary over times. For this reason, it is recommended to be used at the beginning of the process because on the one hand, it provides a delicate aroma to the vinegar, on the other hand it is a short-lasting wood.

Moreover,  the mulberry is an important wood in the process: it allows the exchange of oxygen with the outside and increases the fermentation process. Thanks to its characteristics it is recommended to be used in the middle stages of the production.

Additionally, the juniper is an expensive, sporadic and difficult wood to work. It is used carefully and at the end of the production because of the difficulty in building big barrels. Hence, it is usually used as the last barrel for the fermentation of the vinegar.

To conclude, it can be said that the original Traditional Balsamic Vinegar of Modena follows a well-structured process of ageing which makes the product one of the gourmet delicacies in the world.

Previous Balsamic Vinegar of Modena: a quick guide to find the authentic one
Next The grapes: a fundamental product for the creation of ABTM 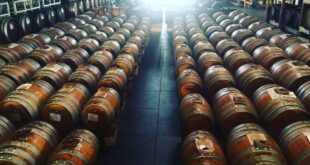 The importance of Balsamic for Italy 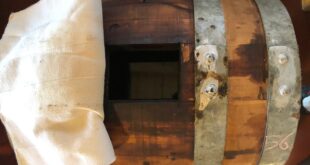 The right place for the Balsamic 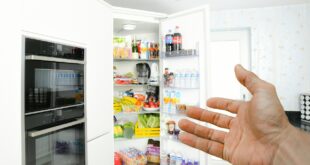 How to store Balsamic Vinegar