Home / Balsamic News / Japan and Europe are closer and closer

Japan and Europe are closer and closer

Japan and Europe are closer and closer. EU and Japan say goodbye to duties and this free trade agreement will allow to abolish 90% of the duties. This is a great achievement for Traditional Balsamic Vinegar of Modena too. Find out more with this article!

Tokio finalized an agreement with the EU, the so called “JEFTA”. Starting from Spring 2019, JEFTA will allow to abolish 90% of the duties that are paid each year by European enterprises exporting to Japan, that is to say one billion euros. In return, the European automotive market will be completely open to Japanese cars. 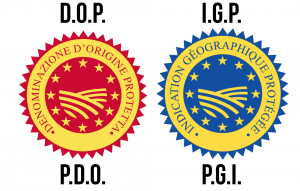 Nowadays, the duties that Japan imposes are very high, but thanks to the agreement 90% of the duties on agricultural European exports will be cancelled. For what concerns pasta and cheese, it will be necessary to wait until 15 years to completely abolish the duties. Nevertheless, all the products that will be imported in the EU coming from Japan will have to be in compliance with the norms of the EU, regarding EU regulation and food safety.

Moreover, Tokio recognized more than 205 European D.O.P and I.G.P. products, among which 44 are Italian and of course they include Traditional Balsamic Vinegar of Modena.

To sum up, Japan and Europe are closer and closer and Traditional Balsamic Vinegar of Modena is ready to conquer the opposite side of the world as well!