Three students from the University of Modena and Reggio Emilia (UniMore) launched a cultural and culinary exchange project between Modena and Japan. The project involves Camilla Beretta, Maria Rosaria D’Agostino and Ylenia De Felice of the master degree in “Languages ​​for communication in international enterprises and organizations” (LACOM).

The collaboration with this Japanese University began in November 2017 when some Japanese students visited the Department of Linguistic and Cultural Studies of the University of Modena. The initiative is the result of an already established cooperation between Professor Franca Poppi (president of LACOM) and Professor Hiromasa Tanaka, a business communication expert, trying to give rise to a fruitful collaboration between the two universities and their cultures. 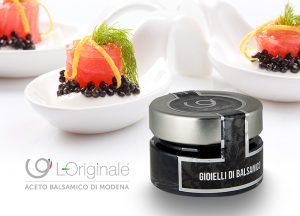 The project was an idea of ​​the three students and its purpose is to establish a contact between two apparently distant socio-cultural contexts. The three students of LACOM will go to Japan, accompanied by Professor Poppi, for the realization of different types of sushi, prepared using typical products of the Modena area: Prosciutto, Parmigiano Reggiano and of course, Balsamic Vinegar.

They will prepare Nighiri, Temaki, Hosomaki and Uramaki. And they will prepare different versions of these dishes for each of the four categories of sushi. Then the dishes will be submitted to a jury of people from the city of Ito and to the students involved in the project. The jury will select the best dishes. The International Exchange Association of the city has assured that it will  provide the location for the preparation of food.

The activity will be documented through the use of social platforms, in particular Facebook and Instagram, from which it will be possible to follow all the moments  of the initiative. The name given to the project on social media pages is MIT-A Fusion Cuisine Experience. MIT is the acronym of the cities of Modena, Ito and Tokyo; but it is pronounced as MEET, so it stands for the meeting between two culinary cultures so opposite and yet so close.