The Consortium for the protection of Traditional Balsamic Vinegar has five new Master tasters and three new Tasters. The official appointment took place after the traditional lunch of San Martino.

There are eight new “disciples” of Traditional Balsamic Vinegar of Modena: five Master Tasters and three Tasters were recently awarded the prestigious title. The official appointment took place in recent days, at the end of the traditional “lunch of San Martino”. The event took place  at the restaurant Vinicio of Modena and was organized by the Consortium for the protection of traditional Balsamic Vinegar. 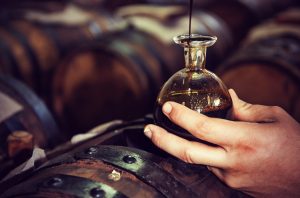 The title is issued to those who, after 4 years of tastings (with at least 40 tastings per year), pass the difficult test required by the rules; even Master Tasters must take an exam – an organoleptic tasting plus a written test – but their journey is longer: 8 years must pass since the title of Student Taster and they must have made at least 80 tastings per year.

The five new Masters, who joined the 187 already in office,  now have the rights and duties of the new assignment, such as the task of leading the tasting tables during the annual race of the Palio di S. Giovanni.  The Masters have also the duty to guide the aspiring Tasters students in the tasting process. Furthermore, some of them contribute to certify, at the Chamber of Commerce, the respect of the prodcution rules for the production of Original Balsamic Vinegar P.D.O. 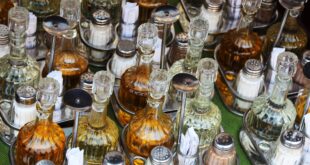