May 22, 2018 Balsamic News, News IGP Comments Off on Balsamic Vinegar between United States and France 832 Views

A week between United States and France: the Consortium for the protection of Traditional Balsamic Vinegar met in Modena the greatest French producers and seven American influencers.

Modena. From 21 to 26 of May, Modena hosted two important initiatives to promote its “black gold” all over the world. United States and France were protagonists. The first initiative took place on May 21st with the collaboration of some major French winemakers.  The event took place at Modenafiere and focused on products from Loire, Alsace and Northern France; it was addressed  primarily to operators in the Horeca sector, journalists and agents. 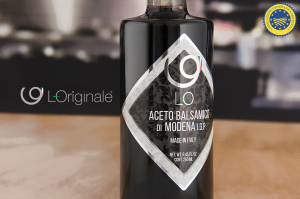 The other event was foreseen by the communication project “Balsamic Vinegar of Modena, the Original”. This latter initiative aimed at raising the awareness about the product in the American market. In fact, the Consortium used this occasion to teach to professionals and consumers how to recognize the real and unique Balsamic Vinegar of Modena PGI.

In order to do so, from 22 to 26 of May, the land of origin of the precious condiment hosted seven of the most important American foodbloggers from overseas. They had the honor and the burden of being lectured about the history and traditions of the “black gold” of Modena. This enabled them to become ambassadors of the authenticity of the product in the United States.

«This activity is crucial to our strategy to approach the US market» explained Federico Desimoni, Director of the Consortium. « We decided to focus on events targeted to people working in the sector, on meetings and conferences addressed to the the most authoritative targets. Bloggers and influencers are able to reach large audiences; by training them, it can become possible to achieve the cultural change that will defeat for good the agro- piracy».